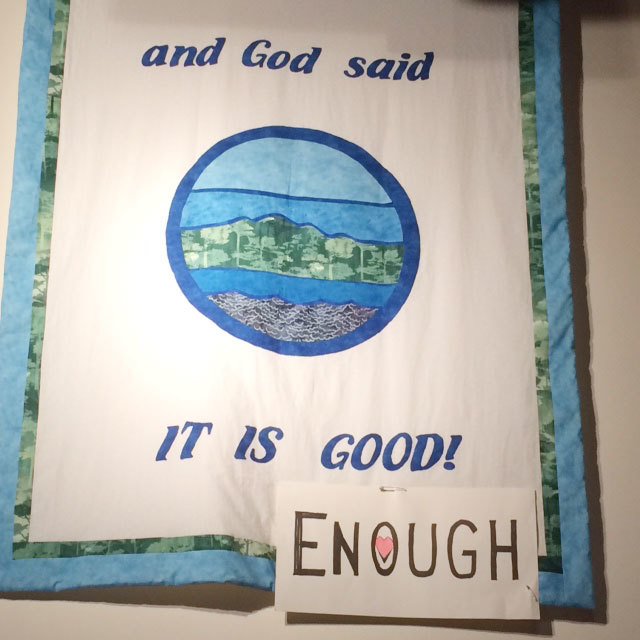 By whose authority do you believe, say or do these things?

We learn participatory authority, to prevent human authorities from hijacking our lives and our world in every generation. What does this require of Jesus’ disciples?

We just witnessed the “Let’s make America great again!” election, yet the pioneers followed by Quackers, Amish, Mennonites etc. came because America was “the home of the free and the brave,” especially freedom of conscience expressed “in God we trust!”

This was attacked by men creating a scarcity mentality that there are not enough “resources” to go around, which causes fracturing society into groups from the most deserving to possess the limited resources of say food, education, employment, real estate etc. to the least deserving.

Leaders face questions like: Who says which group is not good enough, not deserving enough in sharing the scarce resources? By whose authority do certain individuals divide the scarce resources, and in what proportions i.e. how is that a certain person or group deserves a bigger share than the others? Who says that those who expose these lies about scarcity, these limiting beliefs, are liars who threaten the social order and must be punished?

Facing a world in crisis, the Americans “saved” Europe for human freedoms and democracy in WWI. President Wilson, to maintain world peace introduced the League of Nations. However, the leaders of the scarcity gospel and exploitation prevailed, causing the world economy to crash which caused WWII. Again the Americans “saved” the world for democracy and the United Nations Human Freedoms Charter seemed the answer to safeguard world peace and wellbeing for all people. Realizing human evil’s persistence through scarcity  propaganda and enslavement through indebtedness, President Eisenhower had the “In God we trust” logo on American currency (which appeared during the Civil War) made law. What can you and I do to promote the acceptance of God’s Authority for the freedoms of all humans and wellbeing of all of Creation?

Realizing human evil’s persistence through scarcity  propaganda and enslavement through indebtedness, President Eisenhower had the “In God we trust” logo on American currency (which appeared during the Civil War) made law. What can you and I do to promote the acceptance of God’s Authority for the freedoms of all humans and wellbeing of all of Creation?

With the Reign of Christ approaching, will you and I pray for the electors to discern and act in the spirit of the Constitution’s “all persons are created equal…”, or will we allow ourselves to be enslaved by scarcity authorities serving a man-made “god-of-never-enough” and lament with John Henry, “16 tons and what do you get? Another day older and deeper in debt! Peter don’t you call me cuz I can’t go, I owe my soul to the company store”?

With the Reign of Christ Sunday approaching, let us join in participatory remembering with the great cloud of witnesses of all generations, the pioneer-saints, veterans and first-responders, you and I can learn to help each other stand up to false authorities promoting indebtedness and scarcity.

To defend the human rights and freedoms which are at stake for many people in the world, especially women and children, is costly.

1/  When God is in charge there is no scarcity but abundant life for all.

2/ Jesus did not argue nor get into arguments with false authorities, neither should we.

3/ Jesus showed the people that they were being betrayed by the leaders who serve a god of scarcity that (not who) keeps them in power + control pretending to be the legitimate authority the people must obey and pay.

“It is for freedom that Christ has set us free. Stand firm then, and do not let yourself be burdened with the yoke of slavery.” Galatians 5:1.