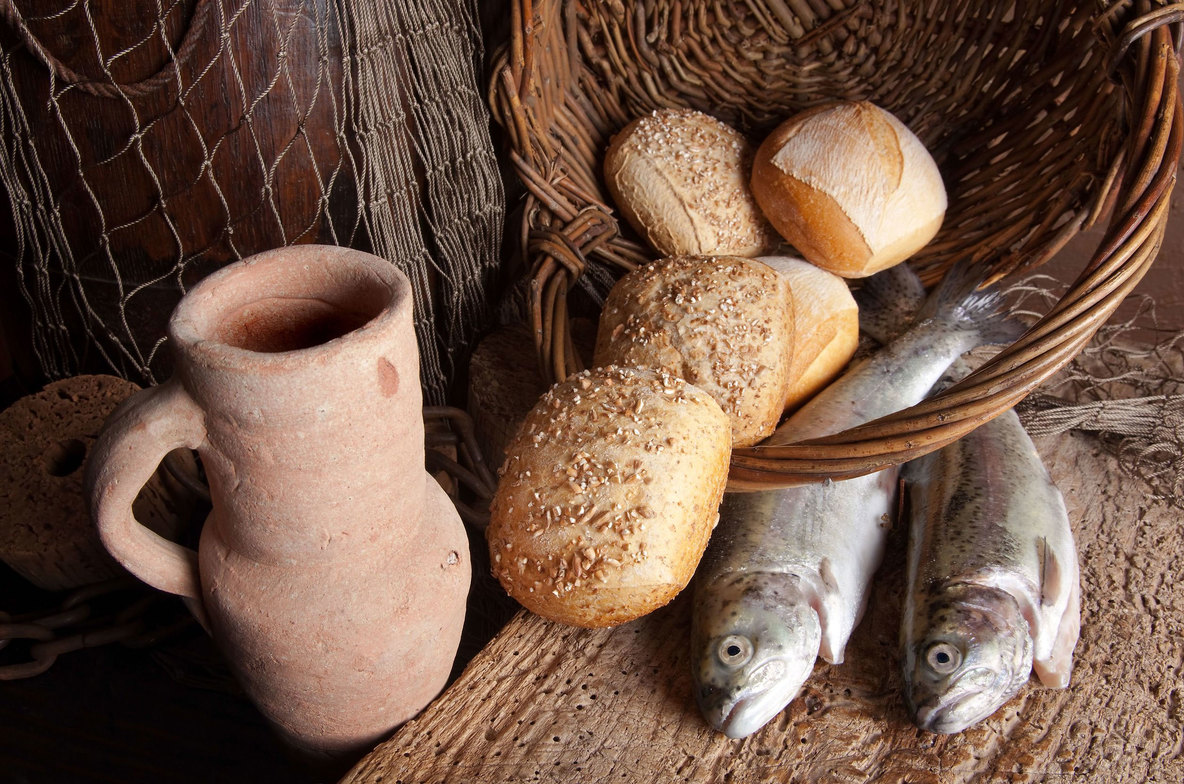 We invite you to sing PSALM 100 along with the You Tube below and then continue reading the scriptures.

5 When he looked up and saw a large crowd coming toward him, Jesus said to Philip, “Where are we to buy bread for these people to eat?” 6 He said this to test him, for he himself knew what he was going to do. 7 Philip answered him, “Six months’ wages[a] would not buy enough bread for each of them to get a little.” 8 One of his disciples, Andrew, Simon Peter’s brother, said to him, 9 “There is a boy here who has five barley loaves and two fish. But what are they among so many people?” 10 Jesus said, “Make the people sit down.” Now there was a great deal of grass in the place; so they[b] sat down, about five thousand in all. 11 Then Jesus took the loaves, and when he had given thanks, he distributed them to those who were seated; so also the fish, as much as they wanted. 12 When they were satisfied, he told his disciples, “Gather up the fragments left over, so that nothing may be lost.” 13 So they gathered them up, and from the fragments of the five barley loaves, left by those who had eaten, they filled twelve baskets.

4 Rejoice[a] in the Lord always; again I will say, Rejoice.[b] 5 Let your gentleness be known to everyone. The Lord is near. 6 Do not worry about anything, but in everything by prayer and supplication with thanksgiving let your requests be made known to God. 7 And the peace of God, which surpasses all understanding, will guard your hearts and your minds in Christ Jesus.