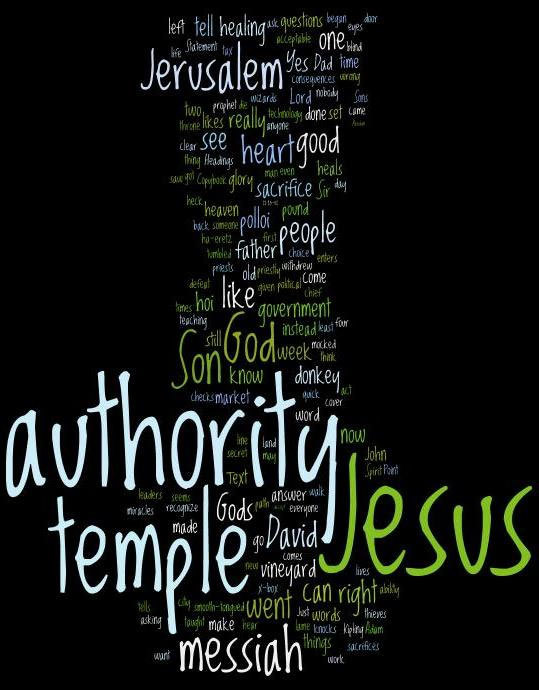 The following Scripture will be used  in our 10 am Worship Service Sunday, April 23, 2017

14 The blind and the lame came to him in the temple, and he cured them. 15 But when the chief priests and the scribes saw the amazing things that he did, and heard[a] the children crying out in the temple, “Hosanna to the Son of David,” they became angry 16 and said to him, “Do you hear what these are saying?” Jesus said to them, “Yes; have you never read,

‘Out of the mouths of infants and nursing babies
you have prepared praise for yourself’?”

The Authority of Jesus Questioned

23 When he entered the temple, the chief priests and the elders of the people came to him as he was teaching, and said, “By what authority are you doing these things, and who gave you this authority?” 24 Jesus said to them, “I will also ask you one question; if you tell me the answer, then I will also tell you by what authority I do these things. 25 Did the baptism of John come from heaven, or was it of human origin?” And they argued with one another, “If we say, ‘From heaven,’ he will say to us, ‘Why then did you not believe him?’ 26 But if we say, ‘Of human origin,’ we are afraid of the crowd; for all regard John as a prophet.” 27 So they answered Jesus, “We do not know.” And he said to them, “Neither will I tell you by what authority I am doing these things.