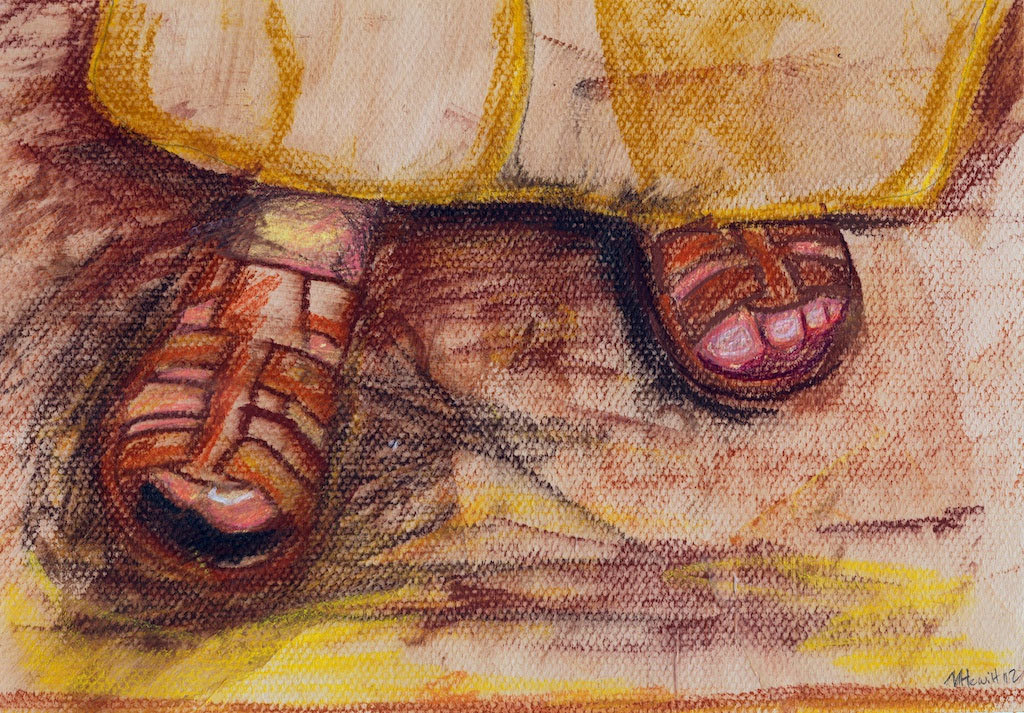 The Rejection of Jesus at Nazareth

6 He left that place and came to his hometown, and his disciples followed him. 2 On the sabbath he began to teach in the synagogue, and many who heard him were astounded. They said, “Where did this man get all this? What is this wisdom that has been given to him? What deeds of power are being done by his hands! 3 Is not this the carpenter, the son of Mary[a] and brother of James and Joses and Judas and Simon, and are not his sisters here with us?” And they took offense[b] at him. 4 Then Jesus said to them, “Prophets are not without honor, except in their hometown, and among their own kin, and in their own house.” 5 And he could do no deed of power there, except that he laid his hands on a few sick people and cured them. 6 And he was amazed at their unbelief.

The Mission of the Twelve

Then he went about among the villages teaching. 7 He called the twelve and began to send them out two by two, and gave them authority over the unclean spirits. 8 He ordered them to take nothing for their journey except a staff; no bread, no bag, no money in their belts; 9 but to wear sandals and not to put on two tunics. 10 He said to them, “Wherever you enter a house, stay there until you leave the place. 11 If any place will not welcome you and they refuse to hear you, as you leave, shake off the dust that is on your feet as a testimony against them.” 12 So they went out and proclaimed that all should repent. 13 They cast out many demons, and anointed with oil many who were sick and cured them.