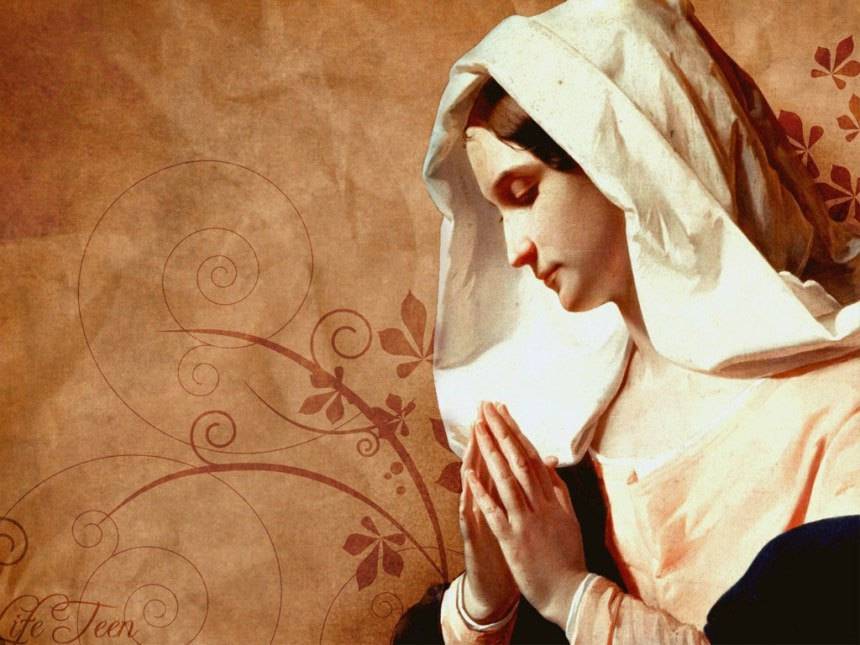 Scripture Readings for  the Sunday 4 pm Worship Service on December 15, 2019

“My soul magnifies the Lord,
47     and my spirit rejoices in God my Savior,
48 for he has looked with favor on the lowliness of his servant.
Surely, from now on all generations will call me blessed;
49 for the Mighty One has done great things for me,
and holy is his name.
50 His mercy is for those who fear him
from generation to generation.
51 He has shown strength with his arm;
he has scattered the proud in the thoughts of their hearts.
52 He has brought down the powerful from their thrones,
and lifted up the lowly;
53 he has filled the hungry with good things,
and sent the rich away empty.
54 He has helped his servant Israel,
in remembrance of his mercy,
55 according to the promise he made to our ancestors,
to Abraham and to his descendants forever.”

56 And Mary remained with her about three months and then returned to her home.

In the beginning was the Word,

and the Word was with God,

and the Word was God.

He was in the beginning with God.

All things came into being through him,

and without him not one thing came into being.

What has come into being in him was life,

and the life was the light of all people.

The light shines in the darkness,

and the darkness did not overcome it.

There was a man sent from God,

whose name was John.

He came as a witness to testify to the light,

He himself was not the light,

but he came to testify to the light.

was coming into the world.

And the Word became flesh and dwelt among us,

and we have beheld his glory,

the glory as of a father's only son,

full of grace and truth.