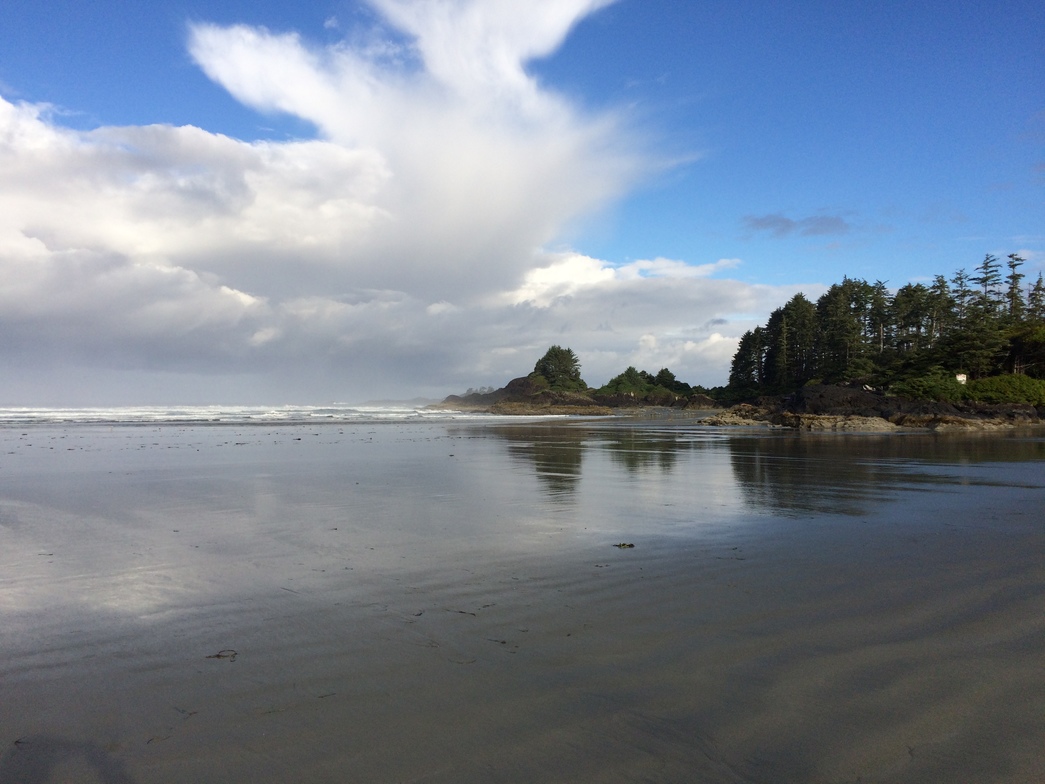 From the Celtic Treasure by Philip Newell

On the sixth day God said, ‘Let us make humankind in our image’.

So the wind grew strong over the swelling sea

and from the moist earth humanity was born.

Spirit and flesh were formed in the likeness of God.

Male and female came forth together.

And the words of heaven were spoken on earth,

‘Be fruitful and multiply.

The earth is yours and you are the earth’s,

the seeds, the sea, the creatures,

everything that has breath and every plant that grows.

Be strong in my likeness and guard the unity of life’.

God saw all that had been created and it was very good.

The relationship of earth and woman and man had begun.

And there was evening and morning, creation’s sixth day.

When the heavens and the earth were formed

God made a garden in the east called Eden.

In the garden there were trees of every kind

delightful to the senses and good for food.

A river flowed out of Eden

branching to the north and south, and east and west.

And on the banks of Eden’s river God placed humankind.

The man was called Adam because he came from the ground.

And the woman was Eve

for from her womb all human life would flow.

They lived and loved in the garden

and were naked and not ashamed.

But also in Eden was the serpent.

He clothed himself with cunning and covered truth with lies.

‘The tree that grows in the middle of the garden,’ he said,

‘is forbidden but it is sweet to the taste. Eat of it. It is of God.

You will not die. It will make you wise, knowing good and evil.’

So the man and the woman were tricked by the twisting serpent.

They touched and tasted the forbidden fruit.

It did not kill them but their innocence in the garden had died.

Even what was good in them could now be twisted.

They saw their nakedness

and were ashamed and covered themselves.

They hid from God and fled from the garden.

They remembered its goodness but lived in exile.

The Baptism of Jesus

9 In those days Jesus came from Nazareth of Galilee and was baptized by John in the Jordan. 10 And just as he was coming up out of the water, he saw the heavens torn apart and the Spirit descending like a dove on him. 11 And a voice came from heaven, “You are my Son, the Beloved;[a] with you I am well pleased.”

The Temptation of Jesus

12 And the Spirit immediately drove him out into the wilderness. 13 He was in the wilderness forty days, tempted by Satan; and he was with the wild beasts; and the angels waited on him.

The Beginning of the Galilean Ministry

14 Now after John was arrested, Jesus came to Galilee, proclaiming the good news[b] of God,[c] 15 and saying, “The time is fulfilled, and the kingdom of God has come near;[d] repent, and believe in the good news.”[e]