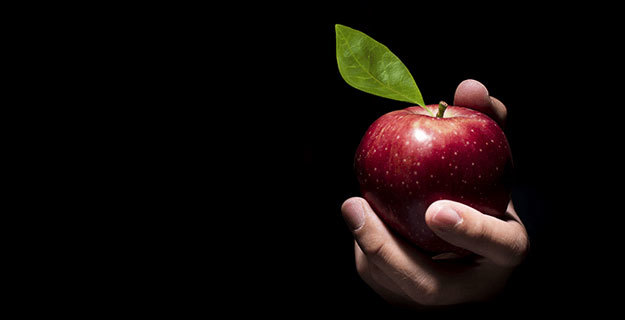 The first reading is from Genesis chapters 2-3 as written in The Celtic Treasure by Philip Newell.

This writer was concerned about the Bible not being read as much, particularly around family tables, and so saw a need for a new simplicity and beauty of language for today. So he rewrote passages like this one as a resource for families and for churches and other gathering places.

When the heavens and the earth were formed

God made a garden in the east called Eden.

In the garden there were trees of every kind

delightful to the senses and good for food.

A river flowed out of Eden

branching to the north and south, and east and west.

And on the banks of Eden’s river God placed humankind.

The man was called Adam because he came from the ground.

And the woman was Eve

for from her womb all human life would flow.

They lived and loved in the garden

and were naked and not ashamed.

But also in Eden was the serpent.

He clothed himself with cunning and covered truth with lies.

‘The tree that grows in the middle of the garden,’ he said,

‘is forbidden but it is sweet to the taste. Eat of it. It is of God.

You will not die. It will make you wise, knowing good and evil.’

So the man and the woman were tricked by the twisting serpent.

They touched and tasted the forbidden fruit.

It did not kill them but their innocence in the garden had died.

Even what was good in them could now be twisted.

They saw their nakedness

and were ashamed and covered themselves.

They hid from God and fled from the garden.

They remembered its goodness but lived in exile.

The Temptation of Jesus

4 Then Jesus was led up by the Spirit into the wilderness to be tempted by the devil. 2 He fasted forty days and forty nights, and afterwards he was famished. 3 The tempter came and said to him, “If you are the Son of God, command these stones to become loaves of bread.” 4 But he answered, “It is written,

‘One does not live by bread alone,
but by every word that comes from the mouth of God.’”
5 Then the devil took him to the holy city and placed him on the pinnacle of the temple, 6 saying to him, “If you are the Son of God, throw yourself down; for it is written,

‘He will command his angels concerning you,’
and ‘On their hands they will bear you up,
so that you will not dash your foot against a stone.’”
7 Jesus said to him, “Again it is written, ‘Do not put the Lord your God to the test.’”

8 Again, the devil took him to a very high mountain and showed him all the kingdoms of the world and their splendor; 9 and he said to him, “All these I will give you, if you will fall down and worship me.” 10 Jesus said to him, “Away with you, Satan! for it is written,

‘Worship the Lord your God,
and serve only him.’”
11 Then the devil left him, and suddenly angels came and waited on him.

Your word, O God, is a lamp to our feet and a light to our path. Amen.