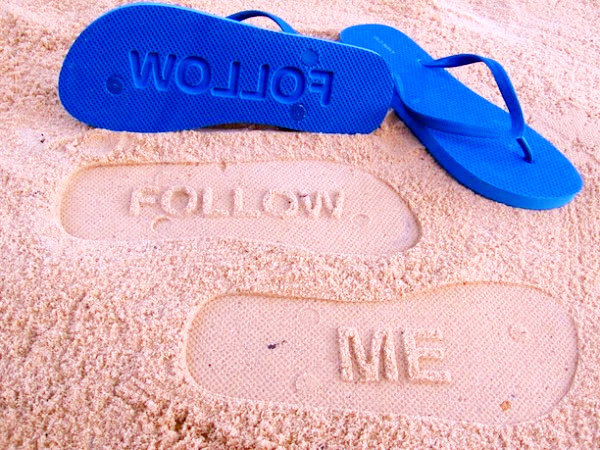 The inauguration of a President – a government leader – in the same week as the Scripture of Jesus’ calling the disciples to follow Him is more than significant, I think.

8 years ago, on this 3rd Sunday of Epiphany, I preached on the calling of the disciples, James and John – and on the inauguration of President Obama.

I can still remember the energy that came at the moment of Barak Obama’s election and inauguration.  The atmosphere was electrifying. It seemed like the whole world was emblazoned with celebration of hope. We witnessed history being made. We witnessed the best of a nation being held up. We witnessed the naming of both the challenges and the obstacles ahead… and the call to shape an uncertain destiny, to usher in a new age of peace.

This past Friday, we witnessed a different atmosphere altogether in the inauguration of President Donald Trump. Different promises. Different energy.

Why is inauguration so significant to the context of Jesus calling the first disciples and us today? Isaiah’s words of prophecy, introducing Jesus spells out the characteristics that God is looking for in a government leader, “... unto us a child is born, a son is given, and the government shall be upon his shoulders. And he will be called Wonderful Counsellor, Mighty God, Everlasting Father, Prince of Peace. Of the increase of his government and peace there will be no end…”

The CEO chosen to lead God’s government, the Kingdom of God, on Earth, is contrasted with the choosing of human kings/ presidents and their governments. Jesus in word and action revealed a model for human government leaders and everyday disciples alike to follow.

Matthew sets the calling of the first disciples in the context of Isaiah’s ongoing prophecy, which grounded Jesus’ public ministry: “Change your life. God’s kingdom is here.”  What does Jesus mean by the kingdom of God that is here? What kind of action did Jesus expect his first followers and us, today’s followers, to take? How would Jesus’ listeners understand God’s kingdom and what were their expectations?

The people Jesus was talking to were experiencing oppressive Roman rule with puppet kings such as Herod to do their dirty work.  They resented being ruled over by a pagan nation. Resented being oppressed. They understood God’s Kingdom as a world where God governed and neither they nor anyone else was oppressed.  A rule of justice and peace.

However, to achieve this Kingdom of God, a growing number were convinced they needed to launch a revolution – military take-over. And if Jesus was truly God’s promised Messiah, then, in their minds, he would be leading it.

But Jesus was starting a revolution of a different kind altogether. Jesus’ inaugural speech for the Kingdom of God can be found in Luke’s Gospel, where Jesus claims his own understanding of the Prophet Isaiah 61:

The Spirit of the Lord is upon me, because he has anointed me to bring good news to the poor. He has sent me to proclaim release to the captives and recovery of sight to the blind,  to let the oppressed go free, to proclaim the year of the Lord’s favour.

This is the realm of God. This is how the government of God works. This is the Way of Jesus. This is not a “god” of war, control, supremacy, and fear, but rather one of Love, transformation, and community.

Jesus words: “Turn around. The Kingdom of God is at hand. Change your life” took on a new significance. It meant being changed from the inside out while walking with Jesus. Growing and learning and becoming like Jesus, and with his baptism in the Holy Spirit and fire, becoming a true expression of Love to help set the world right again.

Jesus is still calling ordinary people, like you and me, to a realm where our identity is steeped in being a person of the Way of Jesus – the government of God, if you like, where each name matters – where each is loved, called, equipped and sent out to be an ambassador of God’s  realm in a confused and conflicted world.

How is Jesus calling and guiding you and me to live in the realm of God now, in this time and place? What are the nets we need to leave behind in order to follow Him?