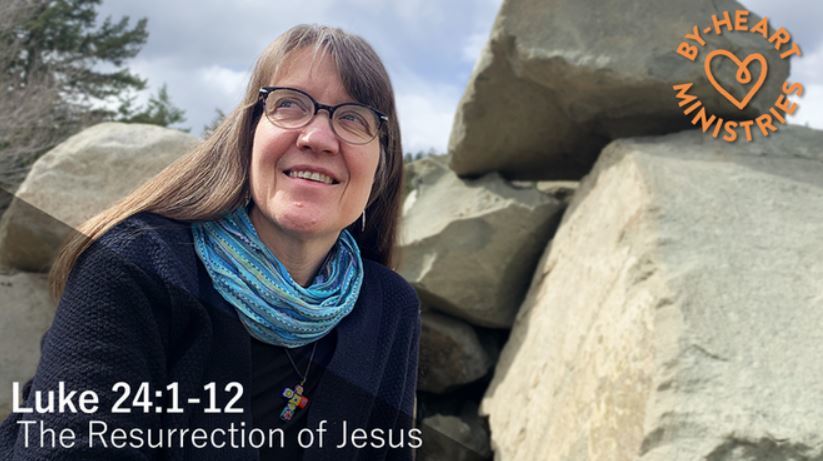 Sometimes I think these dazzling men are being cheeky - a kind of angel humour - struggling to remain straight-faced, trying only semi-successfully to contain bursts of holy laughter, while the women hit the ground in consternation.

"And then I says to them: 'Why do you look for the living among the dead..?'" says one, with a gleam in his eye. "It was all I could do to keep from dropping into a dance and twirling them around the stones - but buddy here tells me to knock it off; they've been through a lot."

Good news is almost impossible to hear when we have been girded for bad for a long time. Who can stare at an empty tomb and understand it for what it is? Who can see their world turned upside-down and not fall on their face, dizzied by the unsteady ground, when it is down-side up again?

And Peter. All the other disciples don't believe the women - actually dismiss their testimony as an "idle tale"-  but Peter bolts out the door to go see for himself. All he gets is the empty linen cloths, but that - together with the women's word - is enough to make him ponder what had happened. Tom Boomershine says the word translated "amazed", describing Peter, is actually ambiguous. Given that it doesn't really make sense that he should have been "amazed" at seeing all this and yet "went home", the translation "wondered" may be more appropriate.

Where did those women go after they left the men who wouldn't listen? As soon as I stop feeling the earth reeling beneath my face here on the ground, I tell you, I'm getting up and following right after them.