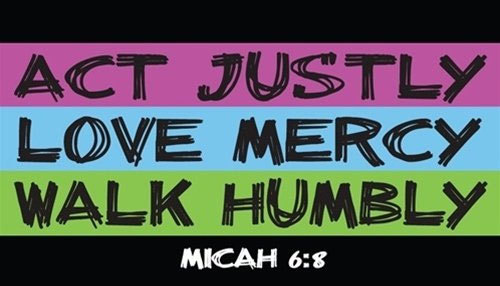 A Son Promised to Abraham and Sarah

18 The Lord appeared to Abraham[a] by the oaks[b] of Mamre, as he sat at the entrance of his tent in the heat of the day. 2 He looked up and saw three men standing near him. When he saw them, he ran from the tent entrance to meet them, and bowed down to the ground. 3 He said, “My lord, if I find favor with you, do not pass by your servant. 4 Let a little water be brought, and wash your feet, and rest yourselves under the tree. 5 Let me bring a little bread, that you may refresh yourselves, and after that you may pass on—since you have come to your servant.” So they said, “Do as you have said.” 6 And Abraham hastened into the tent to Sarah, and said, “Make ready quickly three measures[c] of choice flour, knead it, and make cakes.” 7 Abraham ran to the herd, and took a calf, tender and good, and gave it to the servant, who hastened to prepare it. 8 Then he took curds and milk and the calf that he had prepared, and set it before them; and he stood by them under the tree while they ate.

9 They said to him, “Where is your wife Sarah?” And he said, “There, in the tent.” 10 Then one said, “I will surely return to you in due season, and your wife Sarah shall have a son.” And Sarah was listening at the tent entrance behind him. 11 Now Abraham and Sarah were old, advanced in age; it had ceased to be with Sarah after the manner of women. 12 So Sarah laughed to herself, saying, “After I have grown old, and my husband is old, shall I have pleasure?” 13 The Lord said to Abraham, “Why did Sarah laugh, and say, ‘Shall I indeed bear a child, now that I am old?’ 14 Is anything too wonderful for the Lord? At the set time I will return to you, in due season, and Sarah shall have a son.” 15 But Sarah denied, saying, “I did not laugh”; for she was afraid. He said, “Oh yes, you did laugh.”

The Birth of Isaac

21 The Lord dealt with Sarah as he had said, and the Lord did for Sarah as he had promised. 2 Sarah conceived and bore Abraham a son in his old age, at the time of which God had spoken to him. 3 Abraham gave the name Isaac to his son whom Sarah bore him.

The Command to Sacrifice Isaac

22 After these things God tested Abraham. He said to him, “Abraham!” And he said, “Here I am.” 2 He said, “Take your son, your only son Isaac, whom you love, and go to the land of Moriah, and offer him there as a burnt offering on one of the mountains that I shall show you.” 3 So Abraham rose early in the morning, saddled his donkey, and took two of his young men with him, and his son Isaac; he cut the wood for the burnt offering, and set out and went to the place in the distance that God had shown him. 4 On the third day Abraham looked up and saw the place far away. 5 Then Abraham said to his young men, “Stay here with the donkey; the boy and I will go over there; we will worship, and then we will come back to you.” 6 Abraham took the wood of the burnt offering and laid it on his son Isaac, and he himself carried the fire and the knife. So the two of them walked on together. 7 Isaac said to his father Abraham, “Father!” And he said, “Here I am, my son.” He said, “The fire and the wood are here, but where is the lamb for a burnt offering?” 8 Abraham said, “God himself will provide the lamb for a burnt offering, my son.” So the two of them walked on together.

9 When they came to the place that God had shown him, Abraham built an altar there and laid the wood in order. He bound his son Isaac, and laid him on the altar, on top of the wood. 10 Then Abraham reached out his hand and took the knife to kill[a] his son. 11 But the angel of the Lord called to him from heaven, and said, “Abraham, Abraham!” And he said, “Here I am.” 12 He said, “Do not lay your hand on the boy or do anything to him; for now I know that you fear God, since you have not withheld your son, your only son, from me.” 13 And Abraham looked up and saw a ram, caught in a thicket by its horns. Abraham went and took the ram and offered it up as a burnt offering instead of his son. 14 So Abraham called that place “The Lord will provide”;[b] as it is said to this day, “On the mount of the Lord it shall be provided.”[c]

6 “With what shall I come before the Lord,
and bow myself before God on high?
Shall I come before him with burnt offerings,
with calves a year old?
7 Will the Lord be pleased with thousands of rams,
with ten thousands of rivers of oil?
Shall I give my firstborn for my transgression,
the fruit of my body for the sin of my soul?”
8 He has told you, O mortal, what is good;
and what does the Lord require of you
but to do justice, and to love kindness,
and to walk humbly with your God?

28 One of the scribes came near and heard them disputing with one another, and seeing that he answered them well, he asked him, “Which commandment is the first of all?” 29 Jesus answered, “The first is, ‘Hear, O Israel: the Lord our God, the Lord is one; 30 you shall love the Lord your God with all your heart, and with all your soul, and with all your mind, and with all your strength.’ 31 The second is this, ‘You shall love your neighbor as yourself.’ There is no other commandment greater than these.” 32 Then the scribe said to him, “You are right, Teacher; you have truly said that ‘he is one, and besides him there is no other’; 33 and ‘to love him with all the heart, and with all the understanding, and with all the strength,’ and ‘to love one’s neighbor as oneself,’—this is much more important than all whole burnt offerings and sacrifices.” 34 When Jesus saw that he answered wisely, he said to him, “You are not far from the kingdom of God.” After that no one dared to ask him any question.