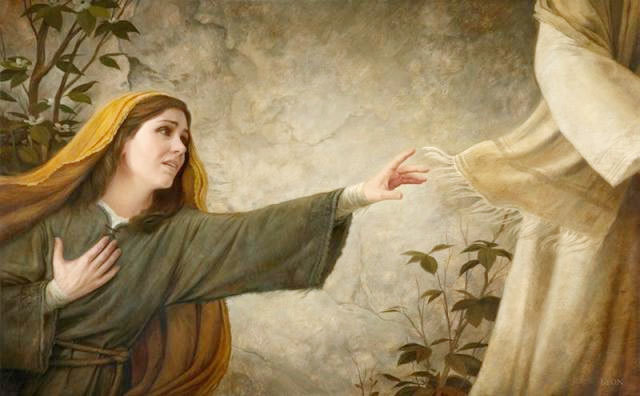 The Call of Abram

12Now the Lord said to Abram, ‘Go from your country and your kindred and your father’s house to the land that I will show you. 2I will make of you a great nation, and I will bless you, and make your name great, so that you will be a blessing.

The Call of Matthew

9 As Jesus was walking along, he saw a man called Matthew sitting at the tax booth; and Jesus said to him, ‘Come along with me.’ And Matthew got up and followed him.

10 And as Jesus sat at dinner in the house, many tax-collectors and sinners came and were sitting with Jesus and his disciples.

Later on, a local official came in and bowed politely, saying, ‘My daughter has just died; but come and lay your hand on her, and she will live.’ 19Jesus got up and went with him, his disciples following along.

20Just then, a woman who had been suffering from hemorrhages for twelve years slipped in from behind and touched the fringe of Jesus’ cloak. 21She was thinking to herself, ‘If I can just touch his cloak, I will get well.’ 22Jesus turned, and seeing her he said, ‘Courage, daughter; your faith has made you well.’ The woman was well from then on.

23By now Jesus and his followers had arrived at the house of the town official, and pushed their way through the flute-players and the crowd making a commotion.24 Jesus said, ‘Go away; for the girl is not dead but sleeping.’ And they laughed at him. 25But when the crowd had been put outside, Jesus went in and took the girl’s hand. And she rose to her feet – alive. 26And the news of this spread throughout that district.